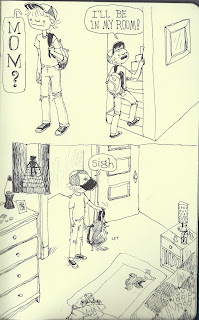 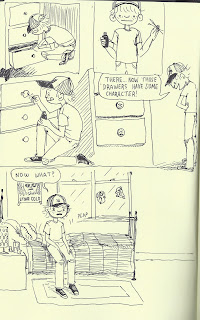 After looking at that last post, I remembered that the newspaper is a dying form, and I should probably just stick with online stuff...sigh.. 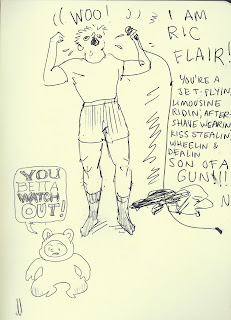 Posted by Vial Comics at 8:30 AM No comments: 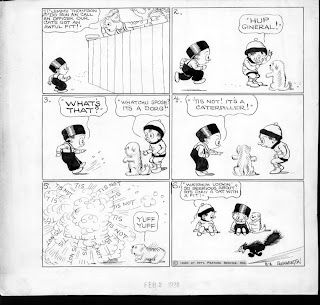 Genghis Con was a moderate success, for me and the other participating artists. I stayed pretty busy the whole time, making different comics for each person who came along. next year, I charge more for those. And though it was a lot of work, it was fun. I love throwing myself into a project like that, where immediate creativity is needed, and there's not much room for planning. That's when my comics are at their best, without a specific story in mind. There's a punchline in mind, but how to get there? 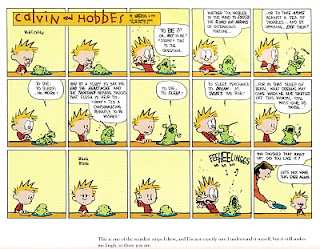 I've been thinking about what direction to take my work in. I was working my other job recently and was thinking about cartoons/comics/graphic novels (which are all the same thing in my mind, but whatever). The first comic that got me into making my own was Calvin and Hobbes, when I discovered Homicidal Psycho Jungle Cat at a school book fair at the tender age of six. I fell in love, and from that point on, I wanted to be a cartoonist for newspapers. It felt like a revelation to remember that. I've always wanted to do newspaper comics! So why haven't I done it yet? Why haven't I tried to pursue that? Maybe I got disheartened by the prospect of making so many comics. But I don't think I'm afraid of that anymore, after I made so many at Genghis Con. I think it's time I developed my portfolio and take it to some local papers. Now the work begins.